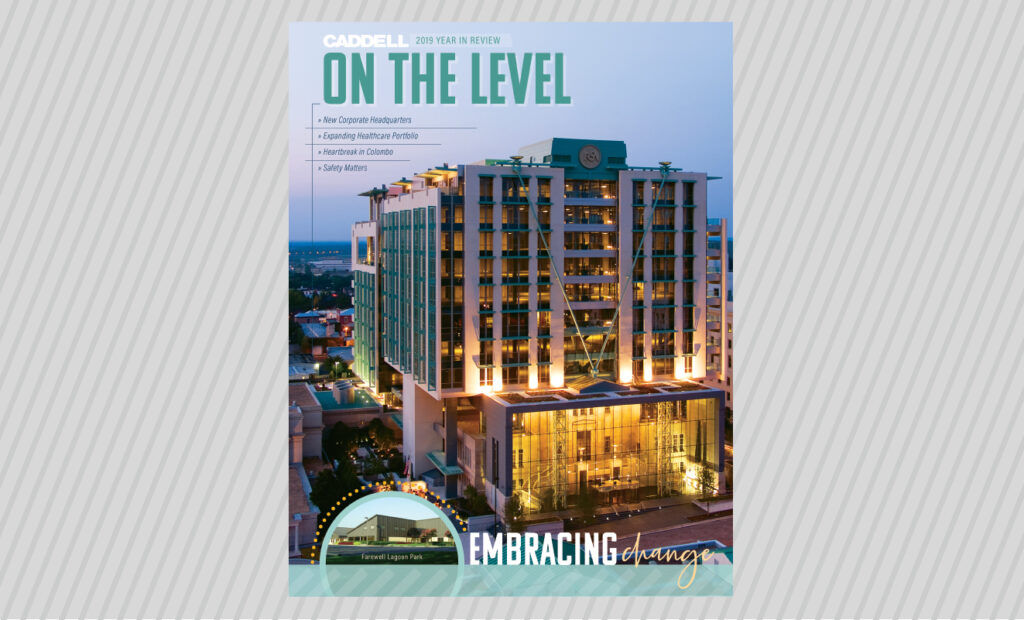 The 2019 Year-In-Review edition of On the Level, Caddell’s flagship magazine, features the people, projects and corporate highlights that made headlines in 2019. See how the company is moving forward and embracing change across all business units. 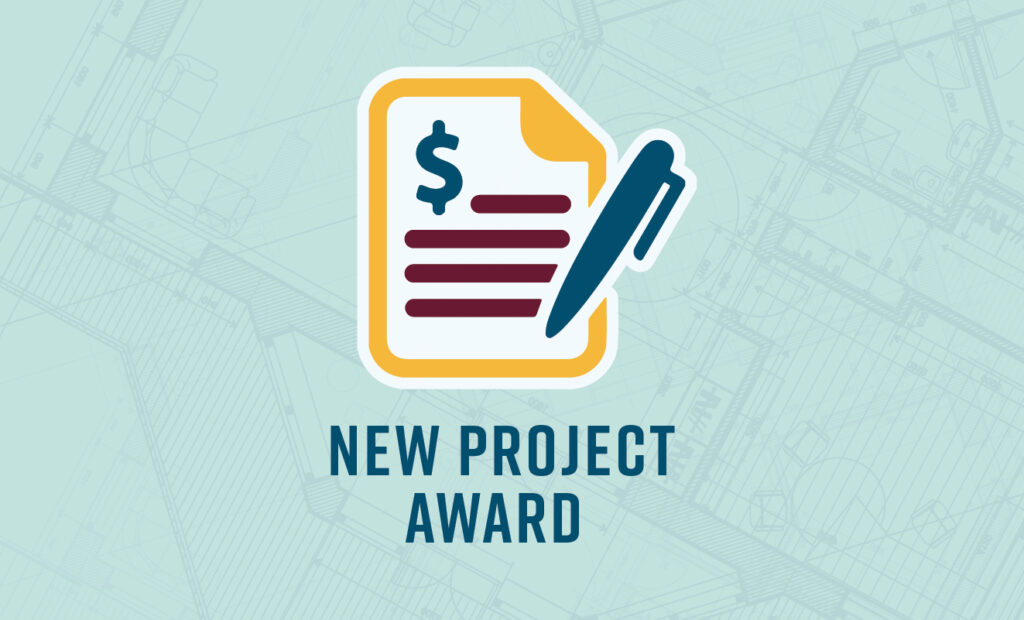 MONTGOMERY, Ala., Thursday, September 5, 2019 – Caddell Construction has received a Limited Letter of Intent from the University of Alabama for stadium renovations and additions totaling $84.6 million, subject to final approval by the Board of Trustees of the University tomorrow.

The document signifies that the University of Alabama expects to execute a contract with Caddell and allows for work to begin as stated in the contract documents, including a litany of preconstruction activities meant to fast-track the project even before the official Notice to Proceed (NTP) is issued.

“Fast-tracking will be absolutely critical for project success,” said the company’s executive vice president, Mac Caddell. “In fact, there’s not one part of this project that won’t be fast. It’s a fast-paced job, and we’re excited to tackle it.”

The schedule is extremely tight. Demolition and other on-site work cannot begin until after the final whistle blows on the 2019 football season. And when the first game rolls around in 2020, Tide fans will expect their stadium to be as ready as they are for kick-off. Construction will take place in five different areas around the stadium and in the middle of the active college campus.

Taking on complex construction challenges like this is one of Caddell’s hallmarks, according to President and CEO Eddie Stewart. “Our people thrive on the challenges presented by this project. We have assembled an outstanding team of construction professionals to undertake this endeavor, and I am confident they will be successful,” he said.

According to the University, the stadium improvements are designed to enhance the student and fan experiences through additional premium seating opportunities, new social spaces and additional elevators to improve access to upper levels. Work will also include four larger video scoreboards in the corners of the endzones. As previously reported, the scoreboards will be 60% larger than existing ones and will have updated technology and display features. Other enhancements are planned with student athletes and recruits in mind. 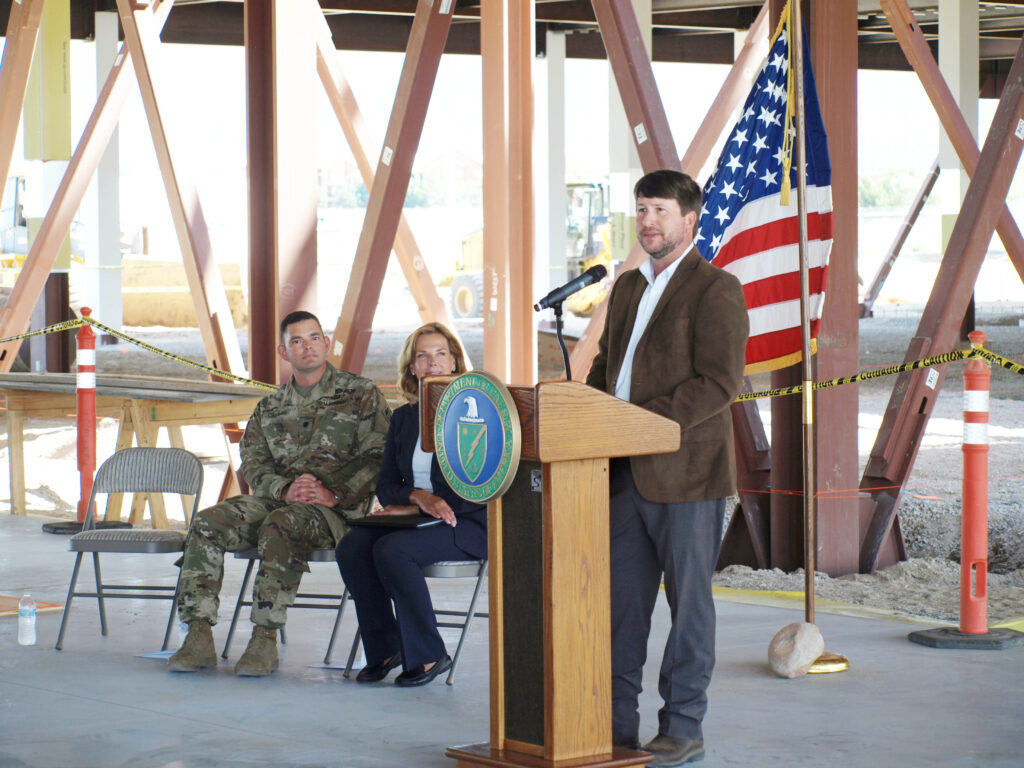 ALBUQUERQUE, N.M., Friday, August 9, 2019 – Caddell Construction joined the National Nuclear Security Administration (NNSA) and U.S. Army Corps of Engineers (USACE) -Albuquerque District in celebration of the Topping Out of the new NNSA Albuquerque Complex office facility. The new complex is being built on Department of Energy-owned land in New Mexico and will be certified as LEED Gold when finished.

“Topping Out” is the tradition of setting the final piece of steel into place and is followed by a celebration for the project team. The event included remarks from Executive Vice President Mac Caddell, along with Lisa E. Gordon-Hagerty, Under Secretary for Nuclear Security and NNSA Administrator. Lt. Col. Larry (Dale) Caswell, Jr., the Albuquerque District Commander for USACE, also spoke.

The new offices will provide a safe, modern, and reliable workspace for approximately 1,200 federal and contract employees who support NNSA’s vital national security missions. “It takes a whole team of talented and passionate professionals to get us this far,” Caddell said. “It is only fitting to pause for a moment and celebrate all of their hard work and dedication.”

The project is scheduled for completion in December of 2020, and includes offices, data and fitness centers, secure areas and more. It will be three stories and approximately 334,000 square feet. “We are pushing full-steam ahead for a strong finish,” Caddell declared. “This is an important project for us and for all stakeholders involved. Together, we are building a first-class facility that will make its mark for decades into the future.” 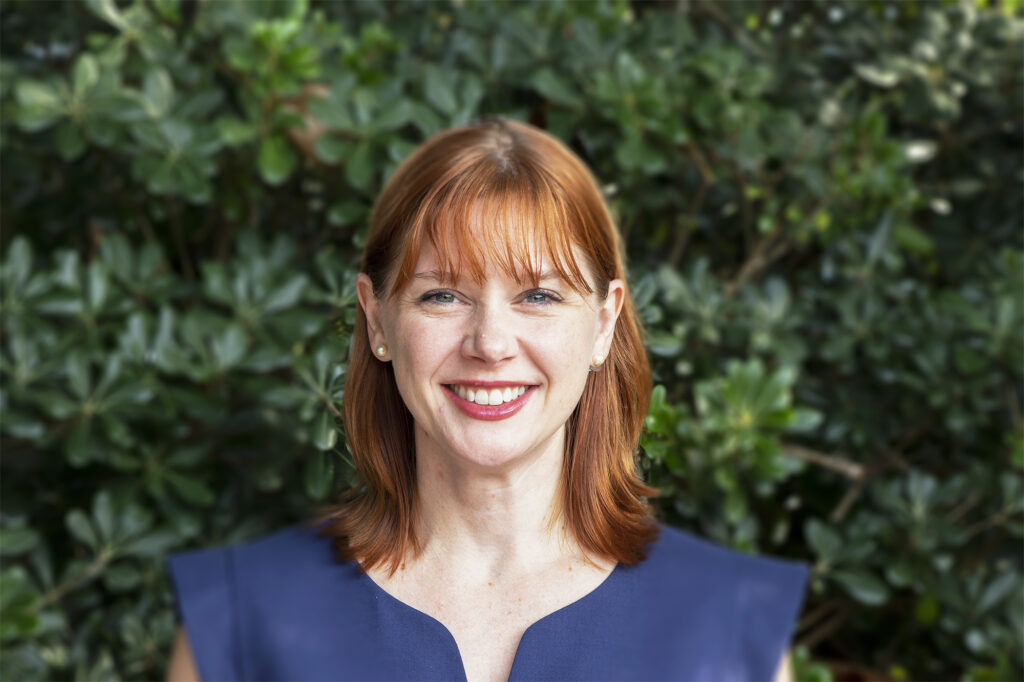 MONTGOMERY, Ala., Thursday, August 8, 2019 – Jaime Andress has been promoted to Director of Human Resources at Caddell Construction. She will lead the team that handles hiring, retaining and developing talent for the general contractor’s three corporate office locations.

Andress joined Caddell last July as the Training and Development Manager. She immediately went to work streamlining the employee training and development program. She was instrumental in launching a new company-wide learning management system and revamped the employee intranet before being promoted to director.

Prior to joining Caddell, Andress most recently worked for 11 years in human resources at Auburn University at Montgomery (AUM), where she created, developed and facilitated training programs for more than 600 full-time employees. She previously earned an MBA from AUM and holds the distinguished certification of Senior Professional Human Resources (SPHR).

Andress chose the field of human resources because she has a passion for helping others be their best and really enjoys problem solving. “HR is a way to do both of those things on a daily basis and contribute to the greater success of our team and company as a whole,” she said. “Really, I don’t feel like I chose HR at all; it chose me.”

That passion for bringing the best out in people and teams is also what caught the attention of Caddell’s senior leadership. Executive Vice President Mac Caddell said Andress’ talent for bringing people together and putting employees first is exactly what they were looking for in the role. “Jaime has done an outstanding job with the training and development piece, and she was the ideal choice for taking our HR efforts to the next level,” he said. “We’re expecting great things from her and her team.”

As for Andress, she continues to be excited about being part of the Caddell Construction family. “Honestly, the people here are really impressive,” she said. “It’s very easy to be proud of the work we do. Our HR team is amazing, and our employees are really passionate about what they do…and not only that, they’re good at it. That’s my kind of people!” 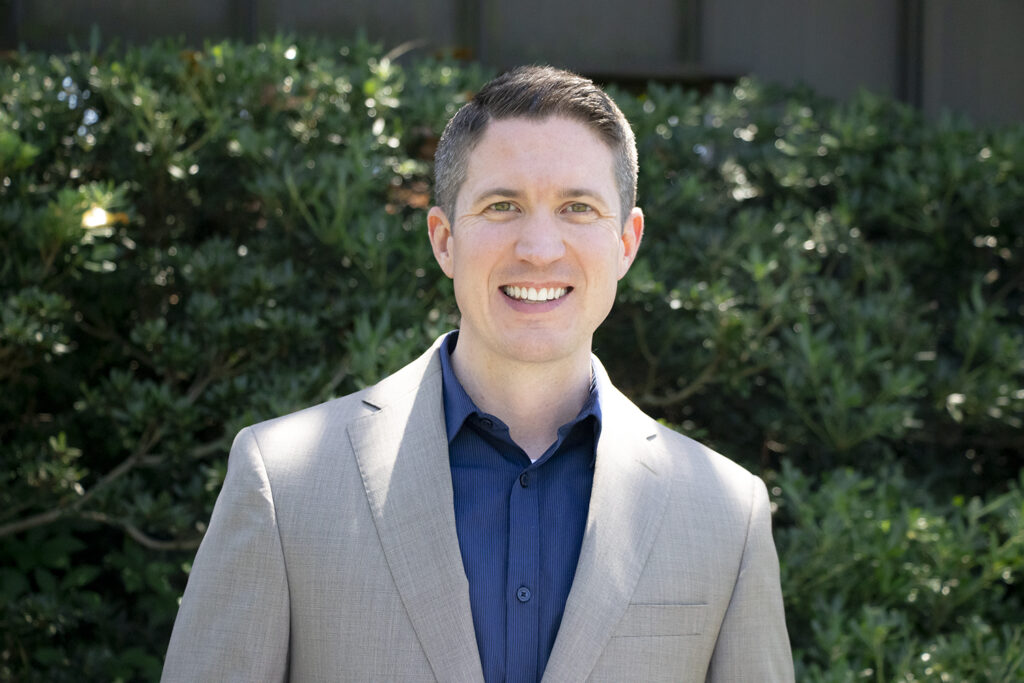 MONTGOMERY, Ala., Thursday, August 8, 2019 – Ryan Stanford has been promoted to Human Resources Manager, along with maintaining his role as Corporate EEO Officer.

Stanford will have oversight for the team that handles all corporate recruiting efforts, and will continue holding responsibility for all EEO requirements.

Stanford joined Caddell in 2014 as Corporate Recruiter and has set a new standard for attracting top-notch talent to the company. In 2018, he took on the additional role of Corporate EEO Officer.

“Ryan is always a positive ambassador for Caddell and is absolutely unmatched in his work ethic,” said Executive Vice President Mac Caddell. “He is an excellent example of the Caddell Way of conducting business, and we are looking forward to seeing him further develop our recruitment strategy in his new role.”

Caddell will be responsible for the design and construction of a new, replacement steam production and distribution system that helps support the operational readiness of the U.S. Atlantic Fleet. The new piping system will ensure the capability of providing steam from multiple directions is maintained and will ultimately increase system reliability and resiliency in direct support of the NSN mission.

The new system will create clean, easy and reliable access to steam for ships in the fleet directly at the pier and will feature several different piping types and specs for above-ground, below-ground, and pier piping.

Caddell’s Engineer of Record for the project is Fosdick & Hilmer, a mechanical and industrial engineering firm that specializes in bringing design and utility together. Caddell’s vice president for the industrial group, Turner Bates, said they are a firm the company has wanted to work with for some time. “We’re excited for the opportunity to combine our talent and expertise,” he said. “They are a top-notch group. Working with them and with JCI is an exciting opportunity, and I expect this to be the beginning of a long and prosperous relationship.”

The proposal and bidding process was a long, arduous one that took more than a year. “We were confident in our effort,” said Mac Caddell, executive vice president, “Given our long, successful relationship with the Navy—and NAVFAC Mid-Atlantic, specifically—we felt this project was a perfect fit for Caddell. We are especially honored to work for a great client like JCI in a location that we already know very well.”

Piping and industrial work on a military base has unique challenges, according to Caddell. “Add in the underwater aspect and the mission-critical importance of uninterrupted operations during construction, and the challenges add up to a really complex project,” he said. “Caddell loves complex projects,” he added.

Caddell Construction Co. (De), LLC is an international, full-service general contractor for projects in the federal, commercial and industrial/power sectors. With more than $10 billion in projects in 37 countries and every region of the U.S., Caddell is recognized as an international leader in construction safety, quality and schedule performance.