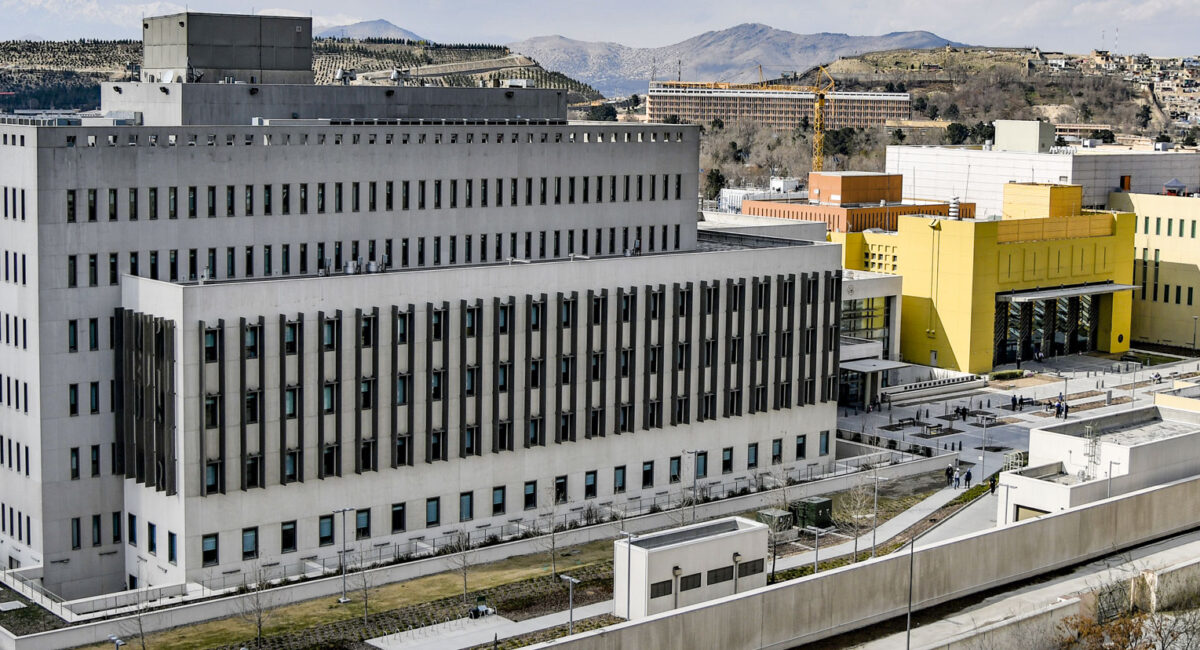 The work at the U.S. Embassy in Kabul, Afghanistan was Caddell’s largest and most complex contract to date. Building an $800+ million project anywhere is a major achievement, but mobilizing the manpower, materials and equipment to build a secure diplomatic facility of this size in a landlocked country at war took the very best in project management, coordination, creativity and innovation. With logistical roadblocks at every turn, an intense security environment and a workforce speaking nine different languages, the challenges were daunting. The Caddell team responded with resiliency and excellence, met all project objectives and successfully completed 14 new buildings–totaling more than1.3 million SF–on an active diplomatic facility whose mission-critical wartime operation could not be interrupted.

On September 30, 2010, Caddell was awarded its largest contract to date—the $416,029,000 Design/Build Additions to the U.S. Embassy in Kabul, Afghanistan. An enormous undertaking at the outset, scope additions over time would nearly double its size, and the contract that was to finish in four years ultimately took 10. The initial contract award encompassed the State Department’s Fiscal Year 2010 (FY10) scope of work that included design and construction of four buildings totaling 816,000 SF. Prior to Caddell’s FY10 contract award, there had been an FY09 scope of work awarded to another contractor. By mid-2011, it was clear this other contractor’s lack of progress was negatively impacting the FY10 project, and the State Department was compelled to terminate that contract. Based on Caddell’s solid performance up to that point, the FY09 scope was added to Caddell’s contract. This monumental $222.5 million change added design and construction of 10 more buildings totaling 510,000 SF. The record-breaking initial contract had instantly grown to $638.5 million. Over the course of the next eight years, as the U.S. Government’s mission in Afghanistan evolved, another $167+ million in scope additions, including an entire additional building, amounted to a total contract value of just under $806 million—in a landlocked country in the middle of an active war zone.

Additional scope added during the project: