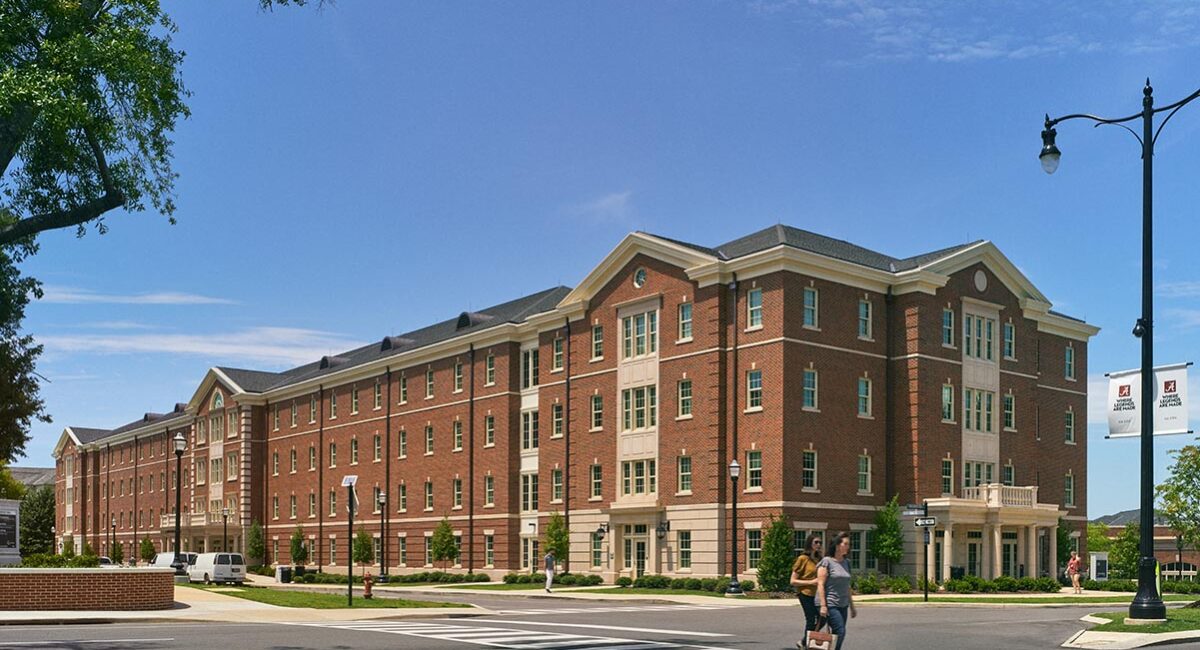 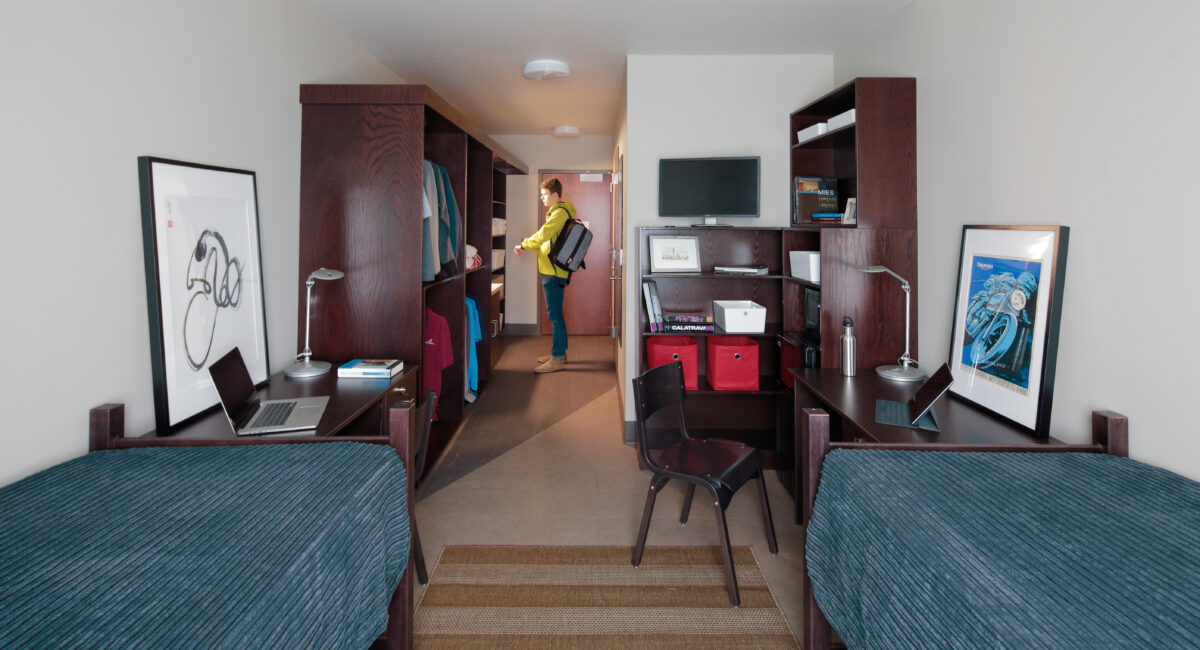 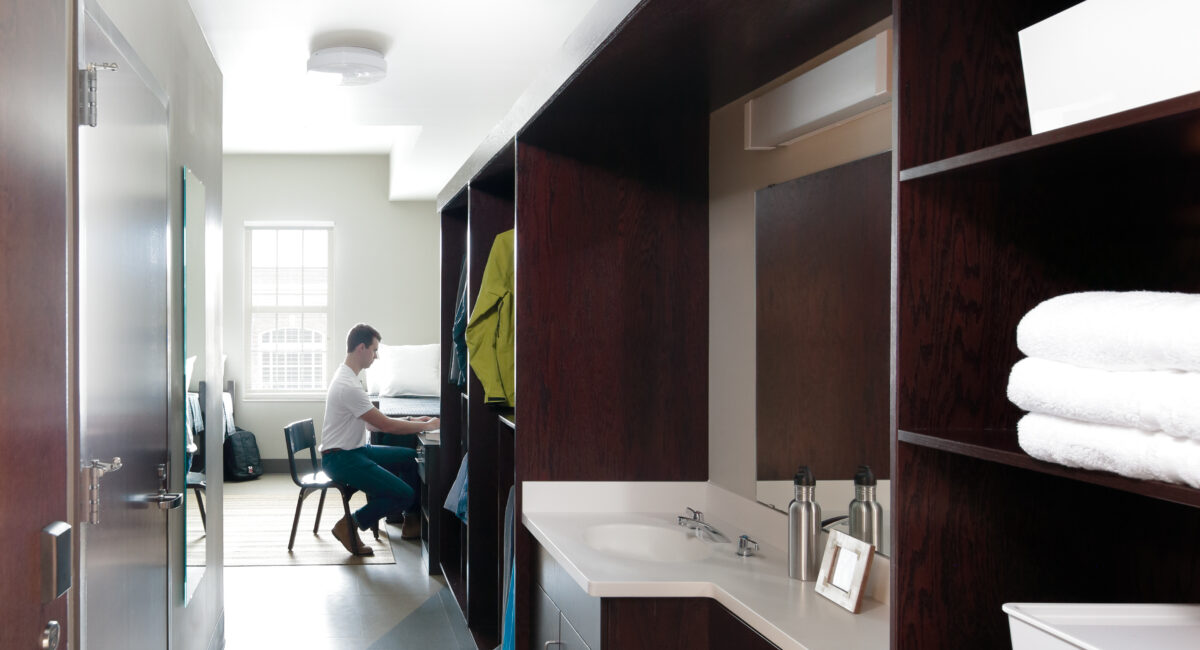 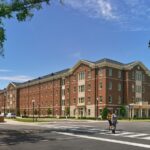 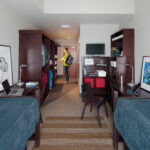 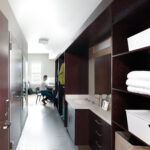 Caddell was responsible for the new construction of John England Jr. Hall, a 5-story, 160,000 SF student residence building with 496 beds. The building consists of a concrete podium for the first story and four stories of load-bearing metal stud framing with 2-person dorm rooms that include bathroom and kitchenette areas. The dormitory includes common areas, elevators, lounges, laundry areas, a FEMA-rated storm shelter, and a convenience store.

Caddell’s Preconstruction Services Group was integrated into the project plan within one week after contract award. A thorough review of the Building Information Model provided by the Architect of Record revealed well over 1000 legitimate clashes involving structural and MEP systems in addition to serious omissions and modeling clashes. Also, Caddell’s BIM analysis discovered that fire protection, equipment clearances, insulation, certain ceilings, and other important building elements were entirely absent from the model. With such an aggressive schedule, rework due to faulty drawings was out of the question. Caddell worked quickly with the architect and key subcontractors to fix these problems. When construction began, Caddell and all of its subcontractors and suppliers had a highly accurate and reliable model and design drawings on which they could confidently base their project execution plan. Caddell also worked directly with the Owner and Architect to resolve problems resulting from inconsistencies and errors in the work performed by two other general contractors who had been responsible for basic building site work and foundations under separate contracts. Appropriate adjustments were made in the design to accommodate these issues, but the duration for actual construction of the building was reduced from eleven to nine months. Working extra shifts with 10-16 hour days and achieving 100% buy-in and commitment from Caddell’s subcontractors positioned Caddell to meet the completion date and have the new hall ready for occupancy by the 2018 freshmen class.

“Safety performance was first class and we observed that Caddell placed a very high priority on site safety and health. …The site was located in the middle of a busy college campus and effective safety protections and precautions were critical.”

- John Chesnut, Senior Field Coordinator Construction Office of the University of Alabama
We use cookies on our website to give you the most relevant experience by remembering your preferences and repeat visits. By clicking “Accept All”, you consent to the use of ALL the cookies.
Accept All
Manage consent