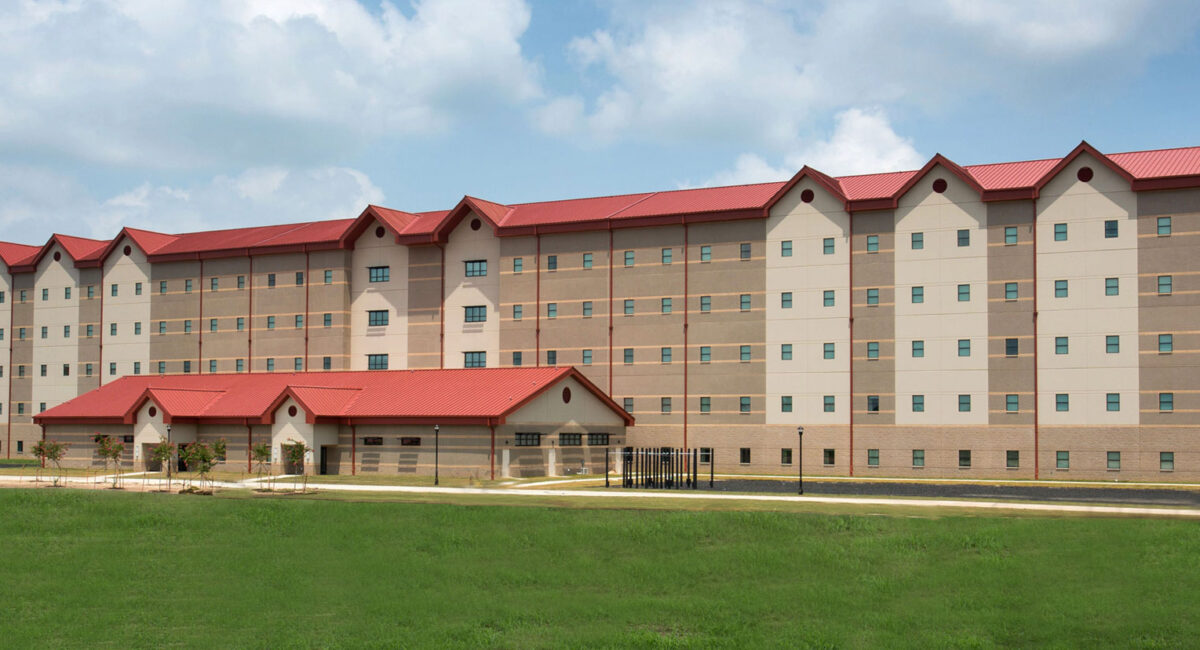 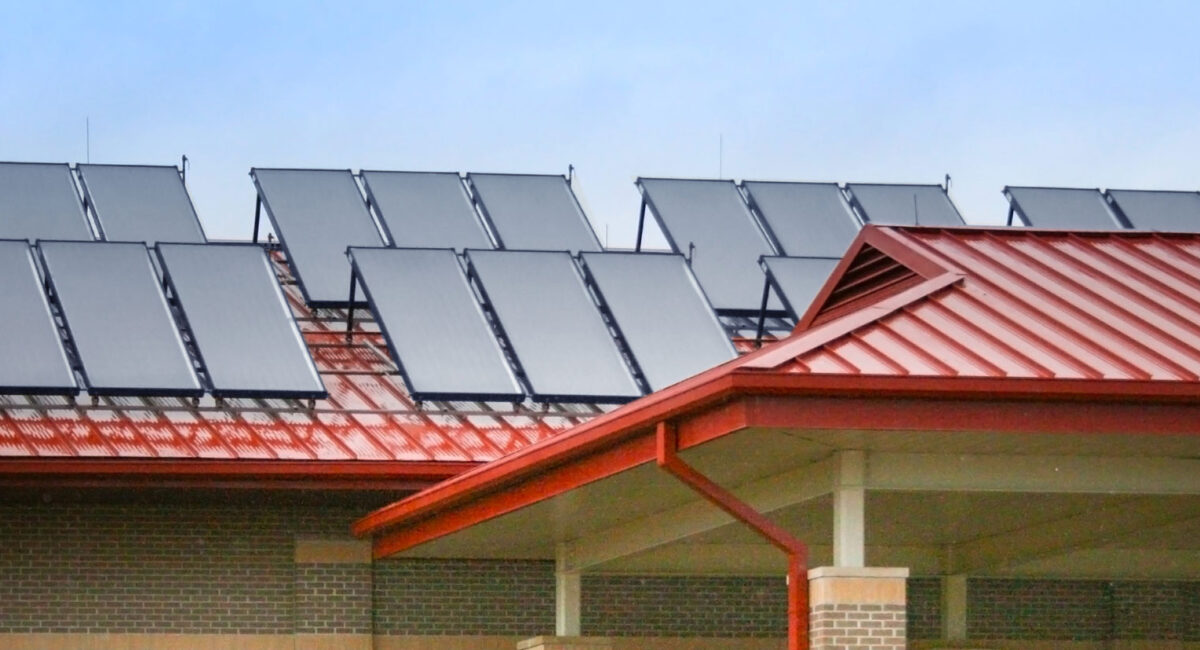 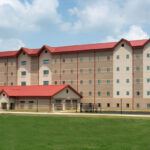 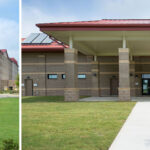 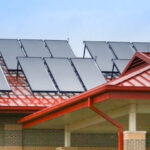 Caddell was responsible for the construction of a 187,933 SF, 600-man, combined 5-story barracks-company operations facility (BCOF) sized for two Advanced Individual Training (AIT) Companies with an 800 person Dining Facility (DFAC). The barracks are heated and cooled with a ground source heat transfer system integrated in the mechanical room and constructed upon the same site as the barracks complex.

The barracks building is constructed of load-bearing precast structural panels with long, clear-span precast double T’s.  Once placed, a topping slab was poured over the double T’s to finish the floor level. All architectural elements—brick veneer, colors, and patterning—were cast with the panels at the fabricator’s shop.  Caddell’s focused QC efforts at the manufacturing facility during panel production were successful with not a single panel being rejected at the site.

The precast exterior wall panels were set first then the double T’s were set on haunches that were cast into the panels.  OSHA’s EM-385 safety standards do not contain a precast concrete erection plan. Caddell, USACE, and the precast subcontractor modified a steel erection plan to work for this project.  Also, Caddell, USACE, and the precast sub worked together to coordinate large precast panel and double T deliveries through Fort Gordon’s entry gates at times when there was limited traffic congestion.  A 200-ton crane was used to make the precast lifts, with the heaviest pick weighing in at 64,000 pounds.

The Dining Facility is a 23,523 SF, 800 person facility serving the AIT campus. The facility features state-of-the-art TV monitors and menu boards for easy viewing by the guests. There are two serving lines for access on both sides of the building and are dedicated for short order food items such as hamburgers, etc., as well as the food prepared in the kitchen. There is a dedicated recycling area and spacious loading dock. CMU and brick façade with herringbone patterns throughout. Intricate ceiling framing that goes from hard ceilings to lay-in ceiling tiles and back to hard ceilings. False skylights built out of metal framing and drywall give the appearance of the outside without having to penetrate the roof. There is a rubber membrane roof in the center of the DFAC with a mansard truss roof surrounding the DFAC.